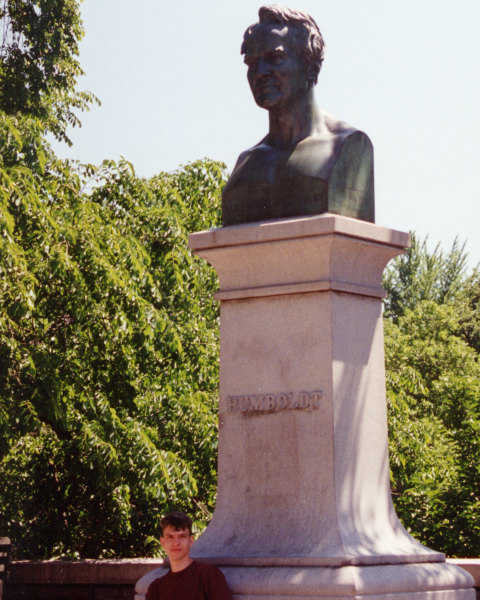 Attending the "Spezialschule Mathematik/Physik an der Humboldt-Universität zu Berlin" was probably one of the best things that could happen to me at the time. We were about 12 in the class. Some courses were taught by university professors (e.g. computer science by Gerhard Paulin), while other subjects were part of the "normal" 11th/12th-grade curriculum leading to the Abitur. I vividly remember learning Pascal in Gerhard Paulin's course and shortly afterwards learning C and Unix (under the influence of Jens-Peter Redlich).

In 12th grade I had the opportunity to work with Prof. Uwe Küchler and learn about probability theory, random walks and Brownian motion. Falling in love with stochastics influenced my future choices of subjects at university.

I completed my diploma in mathematics at Humboldt University Berlin in 1993. The diploma thesis "Discounting Stochastic Cash Flows and Modeling the Term Structure Dynamics" was supervised by Uwe Küchler and guided by what I learned during an internship at Deutsche Bank Research. 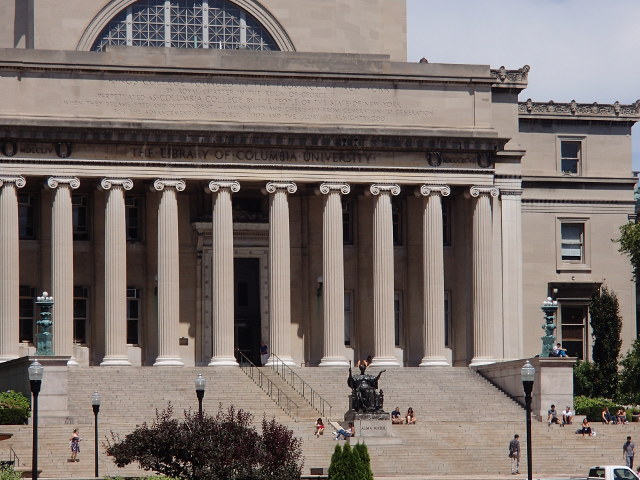 In 1993 I received a Fulbright Grant for one year, which I spent at Columbia University in New York City. I took courses in stochastics, statistics, economics and English. Apart from learning English and getting to know the culture, I immersed myself into S-PLUS and applied statistics. (I loved S-PLUS and started using the better alternative R as soon as it became available in 1995.)

I finished my doctorate thesis "Super-Hedging and Arbitrage Pricing of Bonds and Interest Rate Derivatives" in 1997. It was supervised by Prof. Uwe Küchler and Prof. Richard Stehle.

After finishing my doctorate I spent some time in Aarhus, Padua, Paris and Stockholm. Then I took a research position at the Weierstrass Institute. The Weierstrass Institute was founded 1992, combining parts of the former Akademie der Wissenschaften. It has been strong in providing industrial-strength applied math in various fields.

Photography - including developing prints in the darkroom - was one of my early hobbies. My first SLR camera was the "Praktica MTL5".

Another hobby was building and upgrading computers. It started in June 1990, when we bought our first PC (386sx, 16MHz, 1MB RAM).

Around 1992 I began reading lots of books in English. The one book from this time that influenced me the most was Steven Covey's "7 Habits".

During primary school, I took piano lessons (from Jürgen Tolksdorf). After not having a piano available to play for about 15 years, I bought a digital piano in 1997 and started playing again.

Some mathematicians see mathematics more as a form of art while others see it more as a toolbox or a language. After joining the Weierstrass Institute and turning more towards applied mathematics, I wrote up "10 theses on the nature of mathematics" (Nov 1999).

When I was asked to organize a research group's web appearance, I learned that the only server at the institute was a Hyperwave server. I tried to understand what Hyperwave (formerly Hyper-G) was and wrote the essay "Why Hyperwave?" in Mar 2000.